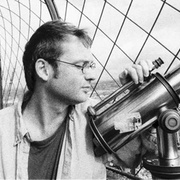 Rolf Wallin studied composition at the Norwegian Academy of Music with Finn Mortensen and Olav Anton Thommessen from 1976 to 1982. He went on to study with Joji Yuasa, Roger Reynolds, and Vinko Globokar at the University of California, San Diego in the mid-1980s. Also active as a trumpetist, he has performed with numerous early music groups, rock bands, and experimental jazz groups.

His music is characterised by the use of a variety of techniques which allow him to explore numerous styles and approaches. In his works, intuitive music co-exists with highly formalised material devised using computer software. He has applied fractal techniques in the development of his own system for generating harmonies, in a concept he refers to as “harmonic crystals”, based on the constant repetition of three fundamental intervals. Wallin has applied this technique in a number of his works, such as Concerto for Clarinet and Orchestra (1996), Tides (1998) for percussion and orchestra, Ground (1997) for cello and chambre orchestra, and Appearances (2002) for orchestra.

In 1987, his work …though what made it has gone for mezzo soprano and piano was named “Composition of the Year” by the Norwegian Society of Composers. In 1998, his Concerto for Clarinet and Orchestra was awarded the Music Prize by the Nordic Council.

In 2001, he was commissioned by IRCAM and Ultima Festival to compose his string quartet with electronics, Phonotope I, which was premiered by the Arditti Quartet in Oslo. His works Act for orchestra (commissioned by the Cleveland Orchestra in 2004) and The Age of Wire and String for ensemble (commissioned by Court-Circuit in 2005) have been widely performed throughout the world. In 2006-2007, Wallin was composer-in-residence with the Oslo Philharmonic Orchestra. This gave rise to the composition of Das war schön!, a percussion concerto based upon Mozart as a historical figure, and Strange News, for actor, orchestra, video, and electronics, a piece exploring the experiences of child soldiers in Africa. Notably, 2010 saw the premiere of Manyworlds, a co-commission of the Bergen Philharmonic, Helsinki Philharmonic, and the Hannover NDR Radiophilharmonie; the work can be performed with a 3D video, developed by artist Boya Bøckmann. His first opera, Elysium (2015), with a libretto by Mark Ravenhill and directed by David Poutney, was premiered in March, 2016 at the Den Norske Opera in Oslo. He has worked extensively with choreographer Ingun Bjørnsgaard, for whom he composed music for the ballets Seven Imperatives (2001) and The Einstein-Mahler Bridge (2016).

Many of his works have been published on CD, notably on the Ondine and Aurora labels. His scores are published by Chester Music.