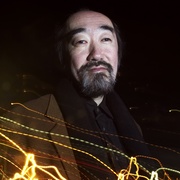 Japanese pianist and composer born in 1953 in Tokyo.

Ihiro Nodaïra was born in 1953 in Tokyo. He studied composition at the University of the Arts in his hometown. Subsequently, a grant from the French government in 1978 allowed him to pursue further study at the Paris Conservatoire (CNSMDP) with Henriette Puig-Roget, Betsy Jolas, Serge Nigg, Michel Philippot, and Jean Koerner. He graduated from the conservatoire with highest honours in composition, analysis, and accompaniment. He also attended masterclasses with György Ligeti (Aix-en-Provence; 1979), Franco Donatoni (Siena; 1982), and Peter Eötvös and Brian Ferneyhough (Darmstadt; 1982). Finally, in 1985, he studied electronic music with Ensemble L’Itinéraire and at IRCAM.

Also active as a pianist, he has appeared as a soloist in the premieres of numerous works with the Ensemble Intercontemporain, Radio-France Philharmonic Orchestra, London Sinfonietta, Ensemble l’Itinéraire, and 2e2m, among others, as well as at IRCAM. He has performed in the Japanese premieres of works by Ligeti, Tristan Murail, Philippe Manoury, George Benjamin, Frédéric Durieux, and Marco Stroppa.

Nodaïra’s music has been performed in Europe, the United States, and Japan by ensembles including Ensemble intercontemporain and Itinéraire, and conductors such as Peter Eötvös, Arturo Tamayo, Marius Constant, Paul Mefano, Kazushi Ono, and Kent Nagano.

In 1994, Nodaïra founded the Tokyo Sinfonietta, which he directed until 2000. He is artistic director of the Concert Hall AOI in Shizuoka City, Japan since 2005. From 2009 to 2021, he was a professor at the Tokyo University of Fine Arts and Music before retiring and becoming professor emeritus at the same university. In 2021, he also became a professor at the Tokyo Conservatory of Music. He has received numerous accolades for his work as a composer, including the Akei Prize (1990) for Arabesque IV, the Kenzo Nakajima Prize (1995), the Otaka Prize (1995) for his Chamber Concerto No. 1 and the Kyoto Prize (1996). In June 2004, he was awarded the Suntory Foundation Prize for his contributions to contemporary music, and in 2005, the Artistic Achievement Prize from the Japanese Ministry of Culture. In 2019, he received the Japan Art Academy Award for his activities as a composer, pianist, conductor and producer.

Ichiro Nodaïra has composed more than 100 works to date for a wide range of instrumentations, including ensembles of traditional Japanese instruments — as in Mémoire vive (2000) — as well as mixed music, such as Texture du délire II (1983) for ensemble of electronic instruments, Texture du délire III (1986) for four electronic instruments and ensemble, and the large-scale Ludwig van Sampling (2003) for piano and real-time electronics. Other notable works include his String Quartet No. 4 (2010), Sept poèmes français (2010) for mixed choir and piano, his opera Madrugada (2005) with a libretto by Barry Gifford, and Mémoire/Transitoire (1981) and Mémoire/Transitoire II (1998-99), both for orchestra. He has also published several transcriptions, notably of the music of Bach, including the Goldberg Variations (2010) for orchestra.

Following the completion of the cycle of Arabesques for solo or duo instruments, he periodically worked on the Six Interludes for Piano from 1992 to 2008. Subsequent solo works include Au delà du temps for violin and Rencontre for harpsichord (both from 2008), Nami-no-kyoku for guitar (2011), and Iki-no-Michi for saxophone and electronics, premiered at ManiFeste in June 2012.

From 2021 to 2023, he is a member of the Music Council of the Prince Pierre de Monaco Foundation for Contemporary Creation, alongside, among others, Unsuk Chin and Betsy Jolas, and in April 2022, Ichiro Nodaïra will chair the Orléans International Piano Competition.