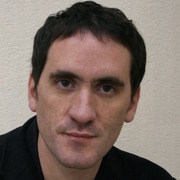 François Meïmoun studied at the Angers Conservatory, graduating with highest honours in piano, analysis, and chamber music. He went on to study at the Maurice Ravel Conservatory in Paris, graduating (again with highest honours) with a degree in accompaniment. Starting in 2002, he undertook further study of analysis with Michaël Levinas at the Paris Conservatoire (CNSMDP). Finally, with a SACEM Bourse des Muses (2009; a grant awarded to francophone authors writing about 20th century music), he undertook a doctorate at the School for Advanced Studies in the Social Sciences (EHESS) in Paris on “The Construction of the Musical Language of Pierre Boulez (1942-48),” under the supervision of Michael Werner and Alain Poirier.

He is the Director of Musiques XX-XXIe Siècles, a book series published by Aedam Musicae Editions. His book La naissance d’un compositeur (“The Birth of a Composer”), comprising an interview with Pierre Boulez, was awarded the “Coup de Cœur” by the Charles Cros Academy in 2010.

In 2009, SACEM and the Cabaret Contemporain commissioned both En noir et blanc for cello and Hommage aux classiques for piano. In 2011-12, he was in residence at the Abbaye de la Prée, during which his First String Quartet was premiered. In the same year, a residence at the Chaillol Festival saw the premiere of Tara, part one in a large-scale musical portrait of Antonin Artaud. He participated in the “Opera and Creation Workshop” in the Aix-en-Provence Festival in 2013, during which his Second String Quartet was premiered. His Fourth String Quartet was commissioned by Proquartet and premiered in 2014; also featuring a mezzo-soprano, it is a setting of texts by Arthur Rimbaud, Antonin Artaud, and Géraldine Aïdan. In 2016, he composed the opera Mews song, based on the life of Francis Bacon and premiered at the Bouffes du Nord Theatre in Paris. His portrait of Paul Celan, Dein gesang, commissioned by IRCAM, was premiered at ManiFeste in June 2017. In July of the same year, his work Hora for two pianos was premiered at the Messiaen Festival in the Pays de la Meije (south-eastern France).

François Meïmoun also creates transcriptions of works by composers such as Bach and Mahler, and has composed several works for children based on texts by Raymond Queneau, as well as a musical tale for children with text by Géraldine Aïdan.