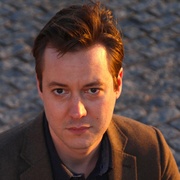 Benjamin Hackbarth was born in the United States in 1982. He studied composition with Chaya Czernowin and then earned his doctorate from the University of California, San Diego, where he studied with Roger Reynolds and Philippe Manoury. He also studied electronic music with Miller Puckette, Tom Erbe, and F. Richard Moore.

Benjamin Hackbarth was an affiliated composer at the CRCA (Center for Research in Computing and the Arts) and participated as a sonic arts researcher in the CalIT2 research group at UC San Diego.

He has been a composer in residence with the Cité des Arts and the Centre international des Récollets in France, the Akademie Schloss Solitude in Germany, and the Santa Fe Chamber Music Festival.

He is Head of Composition at the University of Liverpool.