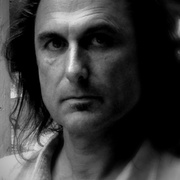 Di Tucci has won several international composition competitions including the Prix Reine Marie José in Geneva in 1996 for Quatre poèmes de Jacques Dupin, and has received multiple commandes d’État (commissions from the French Ministry of Culture), largely for orchestra.

From 2001 to 2002, he was composer-in-residence with the Orchestre national de Montpellier. In 2004, Rivages II was premiered by Radio France (Paris) and at the Concertgebouw of Amsterdam, conducted by Myung-Whun Chung. The piece was also a selection of UNESCO’s 51st International Rostrum of Composers.

In 2006, he was selected along with seven other composers to travel to Shanghai and study traditional Chinese music. This project led to the composition of Wai Xing, for erhu (Chinese spike fiddle) and symphony orchestra, which premiered in 2007 during the Shanghai International Spring Festival.

For the 2010 Shanghai World Expo, his composition Ouverture pour une exposition premiered in a performance by the Orchestre Philharmonique de Radio France, conducted by Myung-Whun Chung.

From 2012 to 2013, he was composer-in-residence with the Conservatoire du Grand Narbonne, which commissioned his piece Le Zéphyr for women’s choir.

Di Tucci’s compositions have been performed by numerous orchestras including the Orchestre National de France, the Orchestre Philharmonique de Radio France, the National Symphony Orchestra of Washington, D.C., the Shanghai Symphony Orchestra, the national orchestras of Bordeaux, Lille, Strasbourg, and Montpellier, and the Ensemble intercontemporain. He is published by Editions Billaudot.