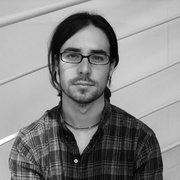 Spanish composer born in 1985 in Valencia.

Marc Garcia Vitoria was born in Spain in 1985. After studying violin and piano in his home city of Valencia, he enrolled in the Escola Superior de Música de Catalunya (ESMUC) in Barcelona, where he studied with Luis Naón, Ramon Lazkano, and Gabriel Brnčic. He earned a degree in composition and a masters in electroacoustic and instrumental composition at the Geneva University of Music, where he studied with Michael Jarrell, Luis Naón, and Eric Daubresse. He then participated in Cursus 1 and 2 (IRCAM’s composition and computer music course).

In 2010, with fellowships from the La Caixa foundation and the Association des amis de Royaumont, he particpated in courses with Brian Ferneyhough, Liza Lim, and Francesco Filidei a the Voix nouvelles composition session at Royaumont.

His compositions have been performed in France, Spain, and Switzerland, by groups such as Ensemble Contrechamps, the Linea ensemble, the Ensemble intercontemporain and the Trio de Magia, and he has received commissions from institutions such as the Institut Valencià de la Música and Radio France.

In 2007 he represented ESMUC at the sixth Rencontres Internationales de Composition Musicale in Cergy-Pontoise, where L’union libre received a Jury Prize. He was then selected as a composer-in-residence by La porta clàssica for the Joves Intèrprets Catalans IV in 2007-2008. No hay olvido was chosen by the Barcelona and and Geneva conservatories for their percussion degree examination and Microscopi 1: Malson was a finalist in the prestigious Reine Marie José competition in Switzerland. He was also a finalist for the University of Aberdeen (Scotland) Music Prize in 2011. In 2011-12, he participated in the “Transforme/Écrire” program of the Fondation Royaumont and in 2014 he participated in the ensemble Recherche’s Klassenarbeit program. In 2013, he won the 24th SGAE - CNDM Foundation Young Composers Prize.

Between 2011 and 2014, he was a teaching assistant in the Geneva University of Music composition program.