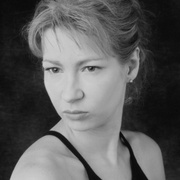 Patricia Alessandrini studied composing with Ivan Fedele, Tristan Murail, and Thea Musgrave and took courses in composition with Georges Aperghis, Franco Donatoni, Brian Ferneyhough, Jonathan Harvey, Michael Jarrell, Betsy Jolas, Helmut Lachenmann, Philippe Manoury, and Marco Stroppa. She graduated with a degree in composition from the Conservatoire de Strasbourg and took part in an experimental course in composition and live electronics at the Conservatorio di Bologna with Adriano Guarnieri and Alvise Vidolin. She participated in Cursus (IRCAM’s composition and computer music course) in 2006 (Cursus I) and 2010 (Cursus II). In 2008, she received a doctorate in composition from Princeton university; the same year, she received a fellowship to pursue a second PhD at the Sonic Arts Research Centre (SARC) in Belfast, where her research focused on real-time physical modeling.

Her work has been performed at many festivals, including Agora (Paris), Archipel (Geneva), Darmstadt (Germany), Tempo real (Bogotá), Musica (Strasbourg), Musiques Inventives d’Annecy, and Sonorities (Belfast), and by ensembles including Accroche Note, the Arditti Quartet, Ensemble Aleph, Ensemble Alternance, Ensemble InterContemporain, l’Itinéraire, and New Millennium. Alessandrini has also collaborated with the Ballet de l’Opéra National du Rhin and in multiple multimedia projects, including with the performer/choreographer Yann Marussich, the sculptor Rukiye Sahin, the filmmaker Shirin Abu Shaqra, and the video artist Chiara Vecchiarelli. She has collaborated with institutions including the IRCAM, le centquatre, the Groupe de Recherches Musicales (GRM), La Muse en Circuit (Paris), Musiques Inventives d’Annecy (MIA), Elektromusikstudion (EMS-Stockholm), as well as many other centers for research and the arts. She has received numerous honors and awards, including first prize in the Sond’Arte Composition Competition for Chamber Music with Electronics in 2009 and a Förderpreis in Composition at the Darmstadt Summer Course in 2012. In 2015-6, she was featured in the four-concert Soundkitchen series of the Ensemble InterContemporain at the Gaîté lyrique.

Most of Alessandrini’s recent work includes electronics, particularly live electronics, a reflection of her acute interest in the possibilities offered by multimedia creations, collaborations with artists working in other media, and political and social issues. Many of her compositions are built around strategies for reexamining and rereading canonic works in ways that explore questions of representation, interpretation, reception, and memory.

She has taught advanced courses in computer-assisted composition at the Accademia Musicale Pescarese in Italy, as well as at Bangor University in Wales, Goldsmiths College in London, and Stanford University in California, USA.