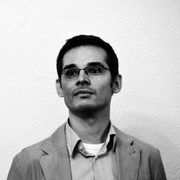 Czech composer born in Prague in 1975.

Miroslav Srnka studied musicology with Jarmila Gabrielová at the Charles University in Prague from 1993 to 1999, and composition with Milan Slavický at the Academy of Arts in the same city from 1998 to 2003. He undertook further study of composition at Humboldt University in Berlin in 1995-96, at the Paris Conservatoire (CNSMDP) in 2001, and at IRCAM in 2002 and 2004, where he studied with Ivan Fedele and Philippe Manoury, among others.

He has received numerous awards, including the Gideon Klein Prize in 2001, the Leoš Janácek Prize in 2004 for Tak klid., orchestral scenes inspired by the letters of Leoš Janáček to Kamila Stösslová and Zdeňka Janáčková, the Ernst von Siemens Prize in 2009 for Fan Faire, and the Wilfried-Steinbrenner Foundation Prize, also in 2009.

In 2005, Wall, a miniature opera with a libretto by Jonathan Safran Foer, was premiered at the Berlin Opera. In 2006-07, Srnka was composer-in-residence with the Heidelberg Theatre Philharmonic Orchestra; this gave rise to the premieres of Reading Lessons and Kráter Brahms. In 2011, his chamber opera Make No Noise was premiered at the Munich Opera Festival, and in the same year, his work Jakub Flügelbunt (a children’s “comic”) was premiered at the Dresden Semperoper.