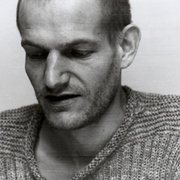 Austrian composer and organist born in 1958 in Lienz (East Tyrol).

Wolfgang Mitterer grew up performing sacred music at church, as well as the traditional band music of his native Tyrol. He moved to Graz in 1977 to study the organ. The following year, he attended the Vienna University of Music and Performing Arts, studying organ with Herbert Tachezi and composition with Heinrich Gattermeyer. In 1983, he studied electroacoustic music at the Stockholm EMS (Institute for Electroacoustic Music). With a grant from the Austrian Ministry of Education, he spent a year in Rome in 1988.

His music is characterized by the unexpected, the collision of different styles and materials. He explores paradoxes and oxymorons, often combining a given element with its antithesis, e.g., pitch and white noise, or weaving together contrasting instrumental, vocal and electronic sounds, e.g., a sawmill with a church organ, or thousands of choir voices with village folk ensembles. The desire to explore novel, unexpected combinations often gives rise to extremely original performance situations, as in Turmbau zu Babel (1993), for 4200 choristers, 22 percussion instruments, more than 40 brass instruments and fixed media, or Vertical silence (2000) for four DJs, four actors, fixed media, fire engines, motorbikes, brass band, children’s choir, opera singers, two front-end loaders, a truck, a jogger with dogs, chainsaw, hunters, etc. In such works, improvisation is combined with notated material. Mitterer strongly advocates for the role of the musician/performer, a rejection of the 19th century notion of the instrumentalist as a mere interpreter, while at the same time rejecting free improvisation and the “sterile virtuosity” to which it often gives rise. He performs widely as an organist and computer music designer, as both a soloist and ensemble member, in festivals and venues such as Wiener Festwochen, Steirischen Herbst, Wien Modern, Wiener Konzerthaus, Tiroler Festspielen Erl and Klangspuren Schwaz, as well as on Austrian (ORF), German (WDR) and Swiss (SRG) National Radios.

Coloured noise (2005), a work for chamber ensemble and electronics with a duration of more than one hour, is a manifesto of a new, brutalist musical amalgam between sound and noise. It was awarded the Erste Bank Composition Prize in 2005 and the Pasticcio Prize from Austrian Radio (ORF) the following year.

More recent and/or widely performed works include the opera Massacre (2003), performed several times in 2008, 2009 and 2010 and toured in Madrid, Porto and several cities in France; the sound installation Zeit vergeht (2004); Go next (2008), premiered at Maerzmusik in Berlin by Remix Ensemble; Nosferatu (2000) for organ and electronics; and the children’s opera Das tapfere Schneiderlein, premiered in Utrecht in 2006. In 2008, a collaboration with pop singer Birgit Minichmayr gave rise to Sopop (2008).

Starting with Inwendig losgelöst (2006) for baroque orchestra, chamber ensemble and electronics, Mitterer has been interested in re-exploring traditional repertoire through the medium of electronics. After “revisiting” Franz Schubert’s “Dein! Dein ist mein Hertz” in Im Sturm (2007), and the music of Anton Bruckner in Music for checking e-mails (2010), he composed Nine in one (2018), a noise-driven, vertiginous remix of all nine symphonies by Ludwig van Beethoven. In contrast to Pierre Henry’s (1927-2017) Symphony No. 10, which is more a musical collage, Mitterer’s approach is deconstructivist, dismantling the material.

Wolgang Mitterer has received numerous prizes for his work as a performer and composer, including the SchallplattenKritik (“Best Jazz Recording”) in Germany, the Ars Electronica, Max Brand, Futura Berlin and Emil Berlanda Prizes, as well as the City of Vienna Music prize.