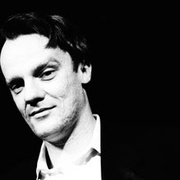 Swiss-Italian composer Oscar Bianchi was born on 5 August 1975 in Milan. He began studying piano at the age of 8, and went on to study composition and choir conducting at the Milan Conservatory. He also studied electronic music at the Milan and Bologna Conservatories, as well as at the Modena Music Academy. He rounded out his studies by participating in Cursus (the IRCAM’s coomposition and computer music course) in 2003-2004, and participated in many master classes and international residencies, including the Stockholm International Composition Course, the Darmstadt Summer Courses, the Abbaye de Royaumont, and the Atlantic Center for the Arts in Florida. After this he completed a doctorate in composition at Columbia University, New York, under the direction of Tristan Murail. He was awarded the Gaudeamus Prize in 2005.

Oscar Bianchi’s music is characterized by dense textures, remarkable imagination, and an acute sense of musical dramaturgy. It has been performed in many prestigious institutions by ensembles including Klangforum Wien, Ensemble Modern, Ictus, Les Percussions de Strasbourg, the Nieuw Ensemble, the Neue Vocalsolisten Stuttgart, and L’Itineraire. It has also been broadcast throughout Europe, by radios including SWR (Germany), RAI TRE (Italy), RTBF (Francophone Belgium), RTSI (Switzerland), and VPRO (The Netherlands).

In addition to his work as a composer, Oscar Bianchi served as music curator of the Biennale di Porto Ercole in Italy (2000-2001), president of the Association Pavillon Suisse of the Fondation Suisse-Pavillon Le Corbusier in Paris (2003-2005); he also taught at Columbia University from 2005 to 2009.

In 2008, he participated in the Ensemble Modern International Composition Seminar, and the following year, collaborated with Klangforum Wien at the Impuls Composers Academy for Contemporary Music in Graz. He was a DAAD artist-in-residence in Berlin and held a research residency at the IRCAM. He then served as artist-in-residence for Pro-Helvetia in Warsaw and Johannesburg.

Oscar Bianchi’s projects include works for Ensemble Modern (Vishudda Concerto – which premiered in Frankfurt on 11 May 2009; the Neue Vocalsolisten Stuttgart, Quatuor Diotima, David Grimal, the Orchestre Philharmonique de Radio France (Ajna Concerto – which premiered on 20 September 2010 during the Festival Musica in Strasbourg); as well as an opera for Ictus Ensemble, T&M, the Venice Biennale, Musik der Jahrhunderte in Stuttgart, and Música de Hoy in Madrid.