Update and packaging of the software for post-production of the electronic part for a CD.
Piano recording made in WDR (Köln) by Nicolas Hodges.
Electronic part generated in Studio 8 at IRCAM by Benjamin Lévy with Brice Pauset and Sylvain Cadars

The setup used in the studio 8 of IRCAM to generate the electronic part a posteriori from the piano recording made at WDR is the following: 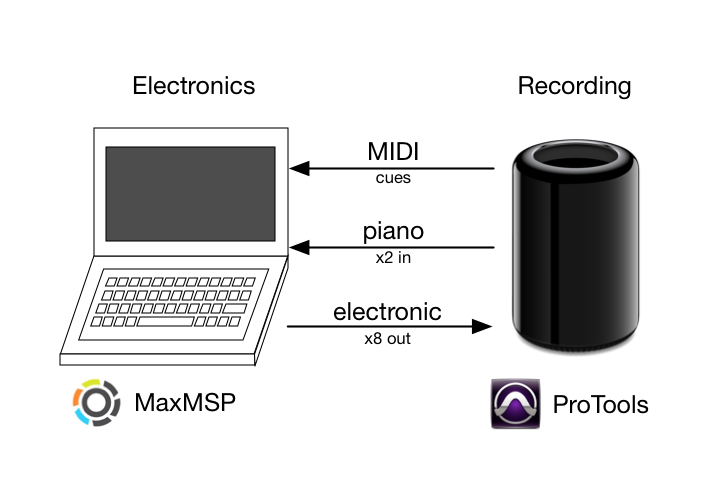 The sampling rate given by the Pro Tools session was 48kHz.

We used the standard 5.1 setup of the Studio. A mapping/panning of the 8 electronic channels of the piece has been made so that we could monitor a spatialized result. It is represented in the following diagram: 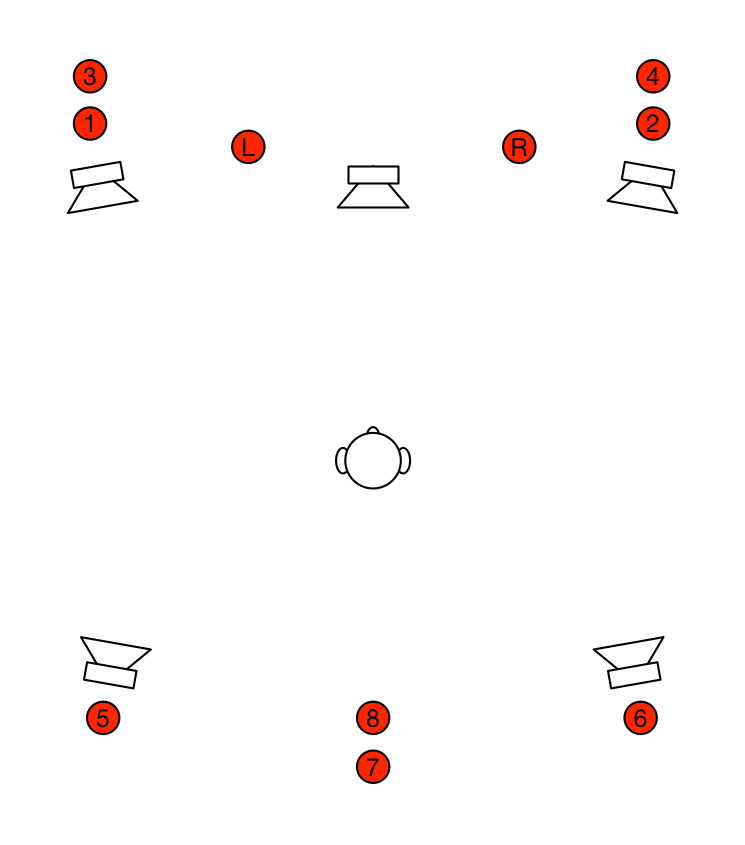 Markers and Midi notes were added by hand on the piano recording of the WDR in Pro Tools. Those notes were sent to the computer running Max to trigger the cues of the patch (see Audio Setup diagram). To convey the MIDI you can use either an external MIDI interface such as those from iConnect or the native MIDI-Network software interface of Mac OS.

The patch to generate the electronic part of the piece is provided as a Max Project folder. Just open the PerspSintI-Max_Project.maxproj file with Max 6.1 32bits. In Audio Status configuration window, I/O Vector Size, Signal Vector Size and Scheduler in Overdrive do not require specific values. We used respectively 512, 256 and ON.

You need to adjust the level of both inputs from the Piano. For the first input entrée "harmonique" (which can be translated as harmonic input) we used a smooth and a bit distant submix from the WDR recording. For the entrée "bruit" (noisy input) we used a submix with the closest microphone feeding mechanics, harmonic table and pedal noise.

Before playing the piece, you need to turn on the DSP (message dsp start in the bottom-left area of the main patch). You also need to click on the init button in the top-right area and choose section 1 in the pop-up menu labelled ---- section ---- / a atteindre. This should also set the number ---- section ---- / en cours to 1. Then you are ready to trigger the first cue either with a MIDI input or with the right arrow of the keyboard. 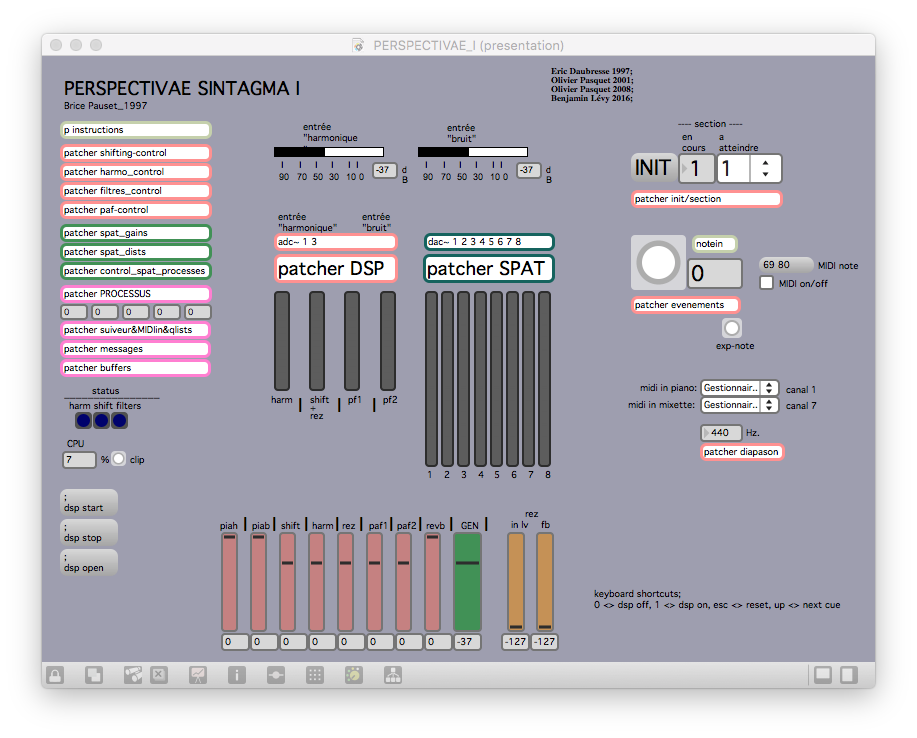