Reprise of the piece for Présences Festival 2017 (Saariaho) without the video part.
Udpate to Max 6.1 (32bits) and to the last Spat 3.x version.
Build-up in the Max Project format to clean-up and collect all (and only) the useful elements.

The click track or metronome was not used during this performance because they was no video, thus no need for exact synchronization. The cues in the electronic part were triggered by the first violinist. 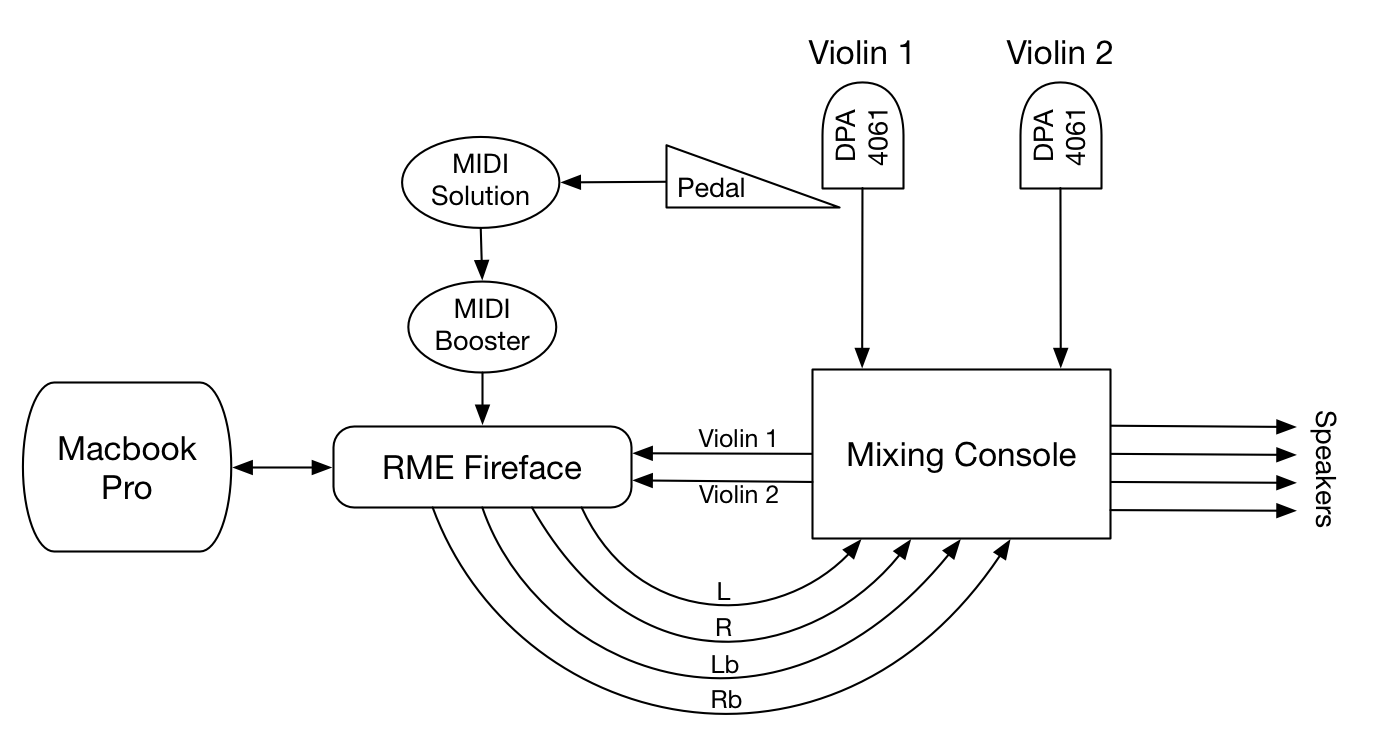 We used a combination of the WFS system provided in the concert hall and additional speakers placed on the stage. With those two systems, we reproducted "virtual sources" in the four corners of the room as specified in the orginal setup. The four channels output by the computer match those four sources/speakers of the orignal setup in the order : Left=HP1 (original setup), Right=HP2, Left back=HP3, Right back=HP4.

The first violin was triggering the cues of the score/patch with the pedal sent in MIDI to the computer.

This version is a Max Project running with Max 6.1 32bits.
Just open the project file EnDecouverte- Max_project.maxproj with Max 6.1 32bits and all the needed files should be found and loaded. Except for Sampling rate (44.1kHz which correspond to the sample rate of the sound files used), no special Max setup is required for this piece. We use this standard setup :

Once the project opened in Max:

The top-level patcher of the project is EffetLisiere4.61+s(buff)-JU.maxpat 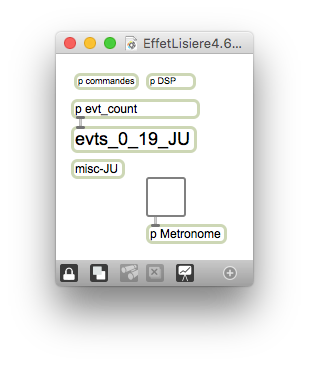 However, the main interface is in the commandessubpatcher 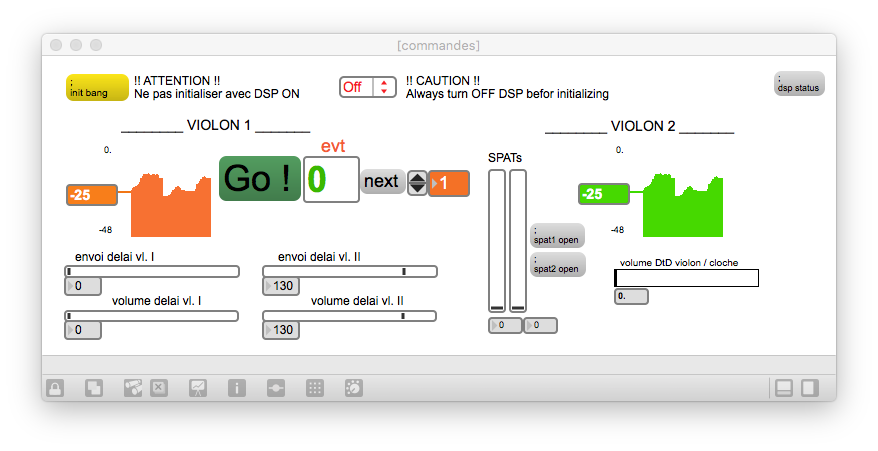 Volume adjustements during the performance can be done with the mixing console.